Part of why my old site is defunct and why I have been so infrequent in posts is due to this little project. 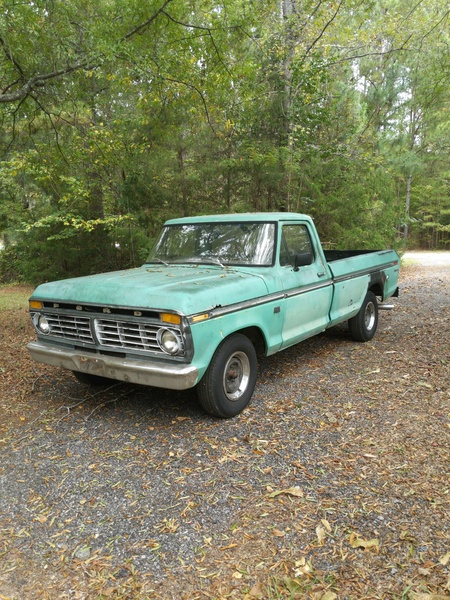 I bought this old 1973 Ford F100 truck in non-running condition for $2000 and have since gotten it running with a few caveats. Due to some issues I was having recently, I cannot drive it until I get a new fuel pump. It is likely the cause of gasoline in the oil.

When it was running safely, it was a monster on the road. I haven’t measured how fast it is going from 0-60 mph, but it feels like you’re in a rocket taking off for Pluto in a hurry. If it were the plain-Jane 302 that wouldn’t be the case, but the previous owner had the motor rebuilt and stroked to 347 so it is an impressive amount of power in a small package.

Maybe purchasing such an old tired truck like this seems foolish to you, but let me justify it in a few points. 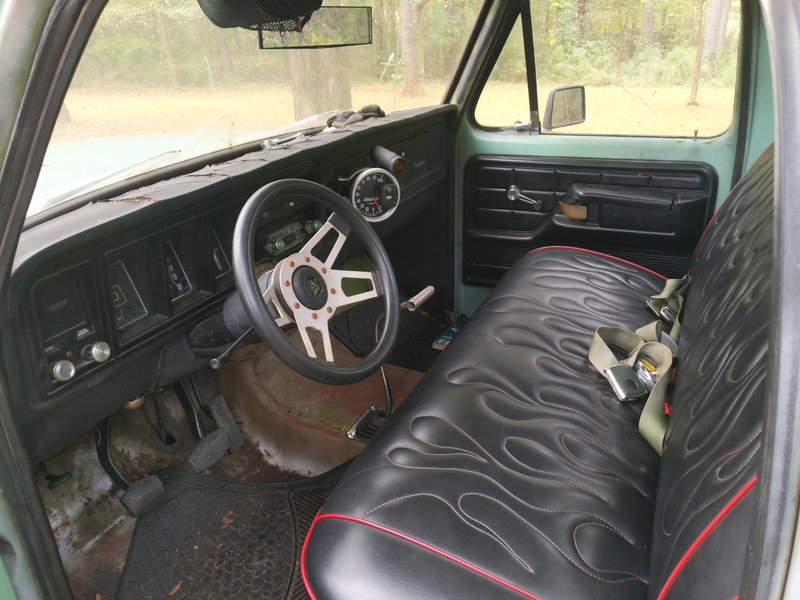 What I have done so far

Once I had the old beast towed to my house, I began ignorantly exploring what needed to be done to get it running. Perhaps I should have mentioned I was, and still am mostly, a complete novice only familiar with oil changes. It turned out that the truck was missing its entire ignition system.

I installed a new HEI distributor, ignition coil, and other things I can’t remember from summitracing.com. With a little help from a friend, the 347 stroker inside this truck screamed back to life. Once I got it street-legal, I drove it for a while but the clutch felt like a wet noodle so I looked into replacing it myself.

Installing a clutch is not for the faint-of-heart. It isn’t difficult, but you have to get comfortable with pulling the transmission out. Pulling this old 3-speed isn’t too bad since it is quite small and light, but for mercy’s sake, get a transmission jack from Harbor Freight or elsewhere, because this can be dangerous.

Originally, this transmission was column shifted but the previous owner converted it to the floor. The cheap ball broke off two months ago so I made this: 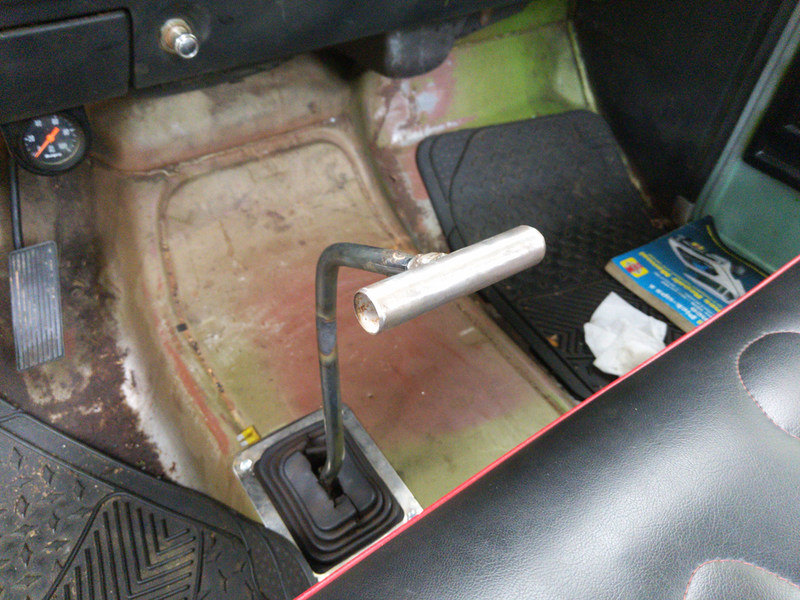 All I did was cut a pipe with a bandsaw the width of my palm plus 1/2 inch, welded a nut to the pipe, cleaned and shined it up on some grinding tools, then nut pinched to the shifter (that is, making the nuts pinch each other by turning one clockwise and the other counter-clockwise). I unintentionally made the best shift knob I ever used, and all it cost was a little time.

I have done many other things to the truck that are either boring or insignificant to recall at the moment. It runs, but I don’t trust it until I get a new fuel pump and change the contaminated oil. 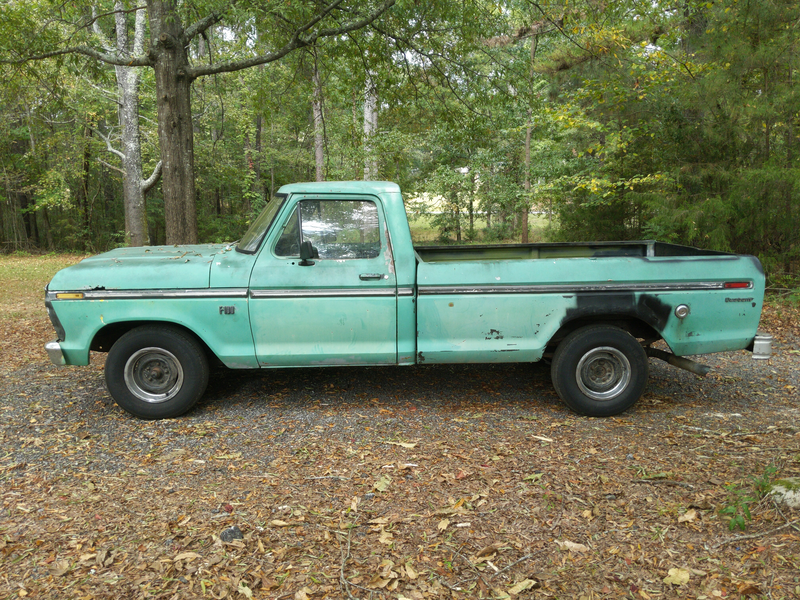 My biggest mechanical consideration for the truck is the addition of a 5-speed manual transmission from Tremec. That’s big money to spend and I hate spending it, but it may be in the cards when the tired old 3-speed gives up the ghost. Overdrive would be nice to have.

There are rust holes in both the truck’s bed and the driver’s floor pan that need to be dealt with in one way or another. I could outright replace them, but I may weld in some patches to be cheap. I am not trying to make a show truck, I want a reliable old beater.

Another consideration is selling it. Despite all the work and parts that I have listed, I am not too heavily invested in the truck and feel confident I could turn a profit on it with the rising values of the dentside Fords. 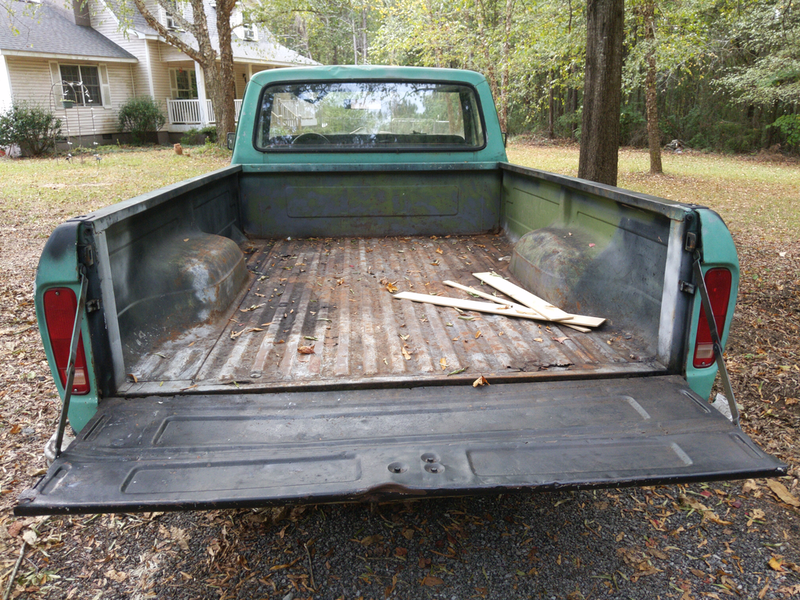 There are two kinds of truck people in this world: 4WD people and long bed people. While I believe 4WD is a good thing to have, practically speaking, a long bed is more useful to me. I can haul whatever I want, I can even fit 8ft planks with the tailgate closed. The only disadvantage is that it is a pig to park (its 18ft long, I measured it!), but that’s how most of these old trucks and cars are. I can also say that everyone I know who has 4x4 almost never uses it, so why bother? In an ideal truck, there would be both 4x4 and a long bed but I have never seen a Ford like that, but I think I have seen some Chevys like that. Therefore, I settled on a long bed. 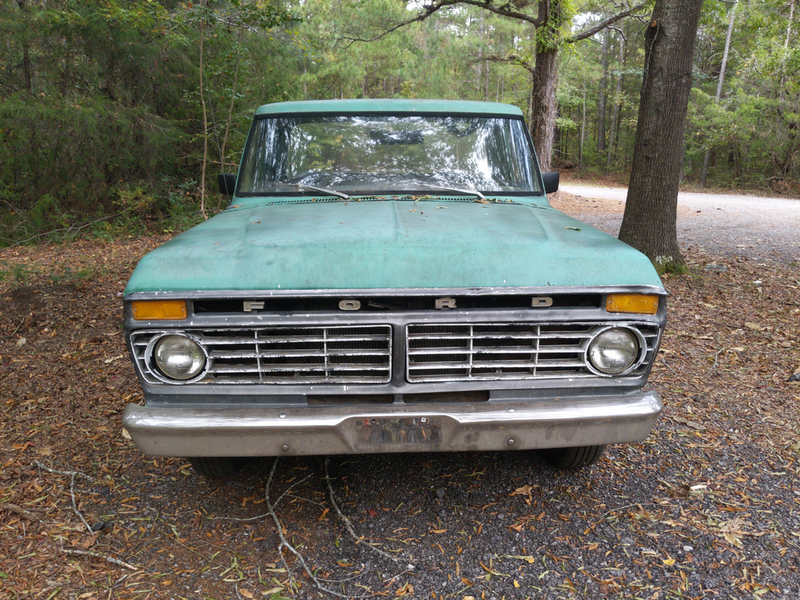 Lessons from a complete noob

When I took on this project, the most I had ever done was change oil and spark plugs. Now I can rebuild a carburetor, change a clutch, replace an ignition system, and many other things I thought I would never grasp. I bought this truck not only because I wanted a truck, but because I wanted to learn how an automobile actually works. That $2000 investment put my skin in the game and really made me want to get it running.

What is nice about these older vehicles is that they do not have the complexity of modern fuel injected vehicles nor silly sensors and computers that can malfunction causing unforeseen problems. A case in point would be my brother’s 2012 F150 which had a transmission sensor of some kind go out, but the transmission itself was fine. If it were an old school automatic shifting based upon vacuum or just a manual, such a problem would never occur.

Fuel injection is another complication. While fuel injection is indeed superior to carburetion, its quite complex because it requires several sensors to detect the air-fuel ratio and a computer to adjust fuel richness/leanness based on that reading. What does a carburetor do? With purely mechanical parts, it pretty effectively mixes gas and air in a single contained unit that anyone can understand with some diagrams and some patience. And as long as the carburetor is well taken care of, it will last practically forever; and if it doesn’t, a new one is much cheaper than a fuel injection system replacement. 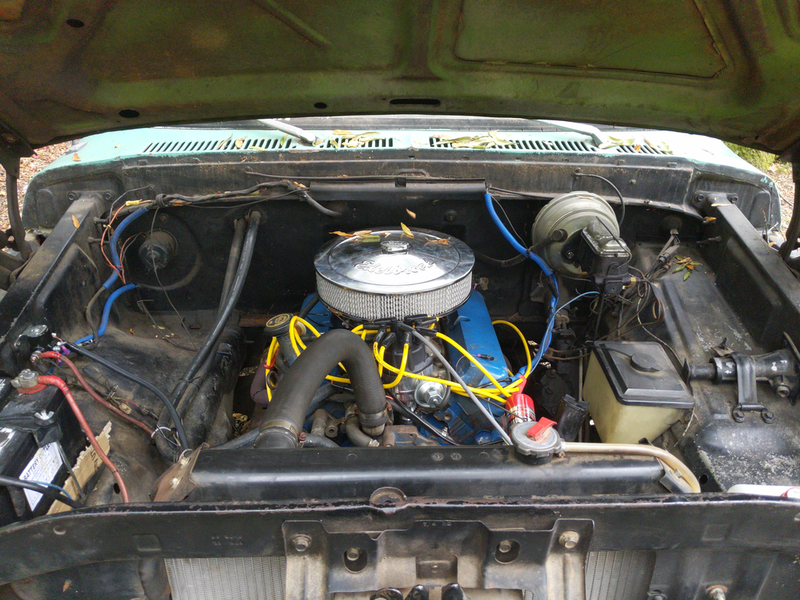 Yeah, gas is expensive, but I still hate to hear people who think that a car is only worth its fuel efficiency. By the gas mileage argument, we should all drive Elon’s meme cars; good luck fixing anything on those yourself by the way. Anyway, I’m not sure what the mileage is on the truck since I rebuilt the carb; before it was only getting about 6 mpg which is atrocious, I know I can get it better than that. There are far bigger, more inefficient motors that get better mileage than that.

Plus, as I have hinted at, older vehicles can be fixed by everyday do-it-yourselfers. Though you may save money in the short run via better gas mileage in a new car, you will lose money in the long run in the increasing complexity of repairs that you cannot affect yourself. No amount of gas savings could justify that. Not to mention car payments.

In closing, I’ll post some updates on this project if anything significant changes. Maybe I’ll add some more glamour photos as well, as glamorous as this old nasty thing is.